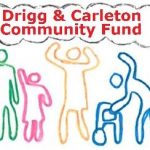 The Drigg Charity currently meet monthly excluding August,  no minutes, accounts  are published locally as it is not a public body however for the latest audited accounts, minutes are  available on the Charity Commission website.

The Drigg Charity administers two funds on behalf of the community: –